It is the responsibility of the Coaching Staff to educate the student athletes on the KCHS Swimming and Diving Team on how to be a competitive person while maintaining the safest environment possible. We follow a technique of high aerobic oriented training schedule in the athletic arena. While outside the pool, we demand our student-athletes reach the highest levels of academia and character in their classes. The qualities of safety, acheivement, integrity, self-discipline and a positive attitude are those which this coaching staff strives to bring out in every student-athlete. 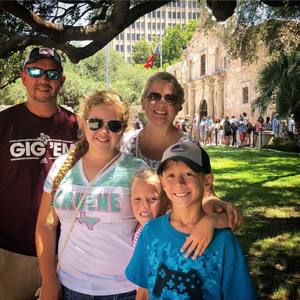 I began my swimming career while living overseas in Saudi Arabia while my dad was employed with Aramco. There I developed a love for swimming which eventually turned into a love for water polo. While at Katella High School in Anaheim, CA, I swam and played water polo for four years (three year varsity). After graduation, it was my high school coach, Roy Brown, who introduced the passion of coaching.

I began coaching at Westador Waves in 1992, and other NWAL teams, before moving to the club team, HEAT in 1998, then eventually PACK. My high school coaching career began as the assistant coach at Klein Forest in 2002 for one year, then the head coach the following year. Since KF, I have coached at Mayde Creek High School, Tomball, Spring followed by Klein Collins in 2013. 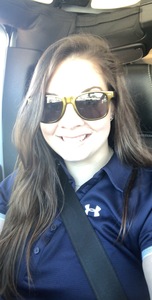 I’ve been attracted to the water ever since I can remember. I swam for my neighborhood team, the Foxwood Seahawks, for ten years as well as on varsity for my high school, the Nimitz Cougars.

After graduating high school in 2008, I attended Stephen F. Austin State University and earned two degrees in psychology in 2012. Somewhere along the way, I picked up Olympic-style lifting and fell in love. I've competed in a few USAW-sanctioned meets and would love to earn my USAW Level 1 Lifting Coach certification. I really enjoy teaching the swimmers how to kill it in the weight room too.

When I’m not coaching, I’m either taking my dogs around, reading, or playing video games. I’m in my third year teaching chemistry at KC and am loving being the assistant coach!

Welcome to the Tiger Tank

Welcome to the Klein Collins Swim and Dive team!

It is the purpose of the Klein Collins High School Swimming and Diving Team to promote the safest, and most supportive team-centered environment to improve each individual to the highest social, intellectual and athletic level possible.